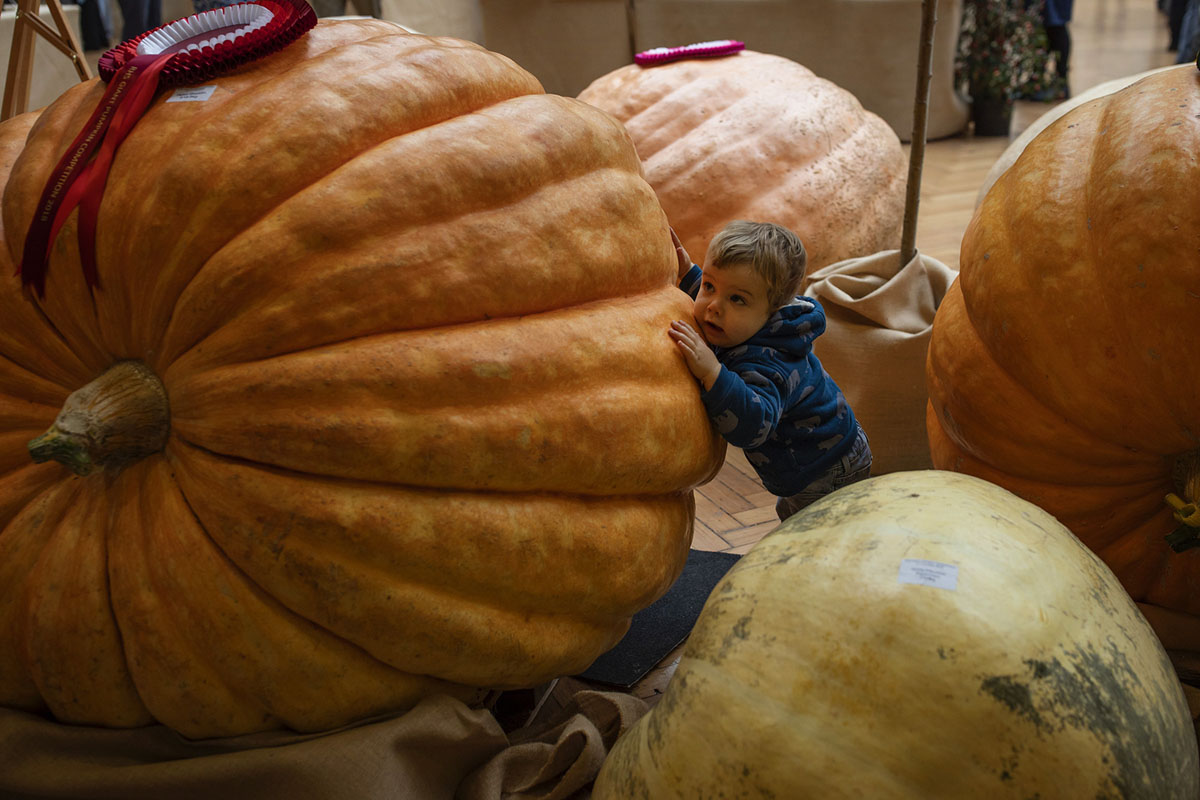 Fall is in the Air: Images of the Season


Autumn really is the best season. The autumnal equinox took place a couple of weeks ago, marking the end of summer and the start of fall across the Northern Hemisphere. Now it is the season of harvests, festivals, migrations, winter preparations, and, of course, spectacular foliage. Across the North, people are beginning to feel a crisp chill in the evening air, leaves are splashing mountainsides with bright color, apples and pumpkins are being gathered, and animals are on the move. Collected here are some early images from last year. Autumn colors are seen on foliage at the botanic gardens in Dublin, Ireland, on October 4, 2018.


Mist hangs in a valley near Amberley in South Downs National Park in Amberly, England, on October 3, 2018


Valentine, 2, stands among giant pumpkins on display during the Royal Horticultural Society Autumn Show on October 2, 2018, in London.


Birds fly over autumn foliage in Pitlochry, Scotland, on September 28, 2018

A full moon is photographed in the sky over Dingdu Peak during the Mid-Autumn Festival on September 24, 2018, in Beijing.